Do You Know Your End User? Your Retail Brand's Best Prime Prospect May Surprise You

The crux of brand strategy is this: at the end of the day, your brand belongs to your consumers. Once your retail business puts its messaging out into the world, your end users are free to interpret it for themselves – and they may arrive at conflicting or unexpected conclusions.

If you don’t believe me, try this at your next cocktail party: ask a diverse group of people to explain, in their own words, the purpose of a bathroom exhaust fan.

Chances are, the men in the group will reply that bathroom fans exist to remove excess moisture from the air. They save the paint and fixtures from being damaged by shower steam, and they prevent mold.

Women, on the other hand, might be a bit embarrassed by the question. People who are more socially conditioned to be private about their bodily functions see bathroom exhaust fans as a tool that removes odors and emits useful white noise - wallpaper be damned.

When your audience is split on the nature of their personal connection to your brand, you have decisions to make. Do you make your messaging intentionally vague, so no segment feels excluded? Do you address each cluster of prospects individually through separate marketing campaigns? Or do you make sacrifices and get laser-focused on one segment at the expense of others?

Simply put, if you don’t do your research, you probably aren’t hitting the nail on the head.

Don’t assume that you intuitively know who your prime prospect is. Without consistent analysis and introspection, your audience can reimagine or repurpose your brand without you realizing it.

Here are a few of our favorite case studies of brands with lessons to teach us about refocusing your marketing strategy when prime prospects change, end users diverge or an unintended audience comes out of nowhere.

A classic tale of end user confusion features a popular outdoor gear company. Ever since it first launched, this brand’s corporate messaging had a clear and consistent focus on sustainability and global health initiatives. While it wasn’t inherently political in any way, it was fundamentally progressive. The company saw itself as a brand for socially conscious adventurers – people who want to explore and care for the planet and place a high valuation on health and wellness.

This company stocked its products in retail locations that serve this consumer archetype, and made its self-concept clear in its marketing materials. Images of hikers, humanitarians, van campers and intrepid world travelers formed the backbone of its visual content.

When this outdoor gear brand conducted an audit of its incoming web traffic, it made a surprising discovery. Approximately half of its end users discovered the brand not because they were in search of sustainable sporting equipment, but because they were readying themselves for the end of the world. The company had a sizable following in the doomsday prepper community.

Doomsday preppers are typically very politically conservative, and their interest in outdoor survival equipment centers on anticipating civil unrest or a theological apocalypse rather than packing for leisure travel. Though nothing in the company’s messaging addressed this segment of buyers, they stumbled onto the brand independently, likely while in search of quality, affordable alternatives to brands that targeted preppers deliberately.

Although it benefited from unanticipated popularity with another segment of end users, the essence of the brand was something else entirely. Ultimately, it chose to prioritize its existing messaging to avoid confusing its audience with an out-of-character expansion.

Firstly, this story highlights the importance of consistent data-gathering. If the company hadn’t made an effort to track and analyze relevant metrics, it may not have noticed a surprising alternative connection that so many end users had with its brand.

The second, equally important takeaway lies in this company’s response to its findings. The brand recognized that it had value for end users who were interested in disaster preparedness, but it avoided diluting or splitting its narrative by overtly pursuing the doomsday prepper market.

Brands who discover an unexpected audience or an unintended use for their product can support diverse ecommerce traffic through the use of hashtags and SEO without changing their messaging or abandoning their prime prospect. Explore options for giving a nod to secondary segments of end users without fundamentally altering your brand.

WWI gave us more than the Treaty of Versailles and a collection of Ernest Hemingway novels; it is also the unlikely origin story of modern menstrual products.

In 1917, wounded soldiers on the Western Front were in desperate need of sterile bandages. Cotton, the preferred material of wartime doctors and nurses, had become scarce and difficult to source. Necessity being the mother of invention, Kimberly-Clark Co. introduced Cellucotton to the war effort.

Cellucotton was a cheap, highly absorbent synthetic wadding material manufactured from wood pulp. Co-Tex, short for “cotton texture,” was shipped to the front lines where it was used to pack wounds and protect injuries from infection.

It’s unclear how Kimberly-Clark became aware of its unintended secondary contribution to the Allied victory, but it is known that it did so without the benefit of Google analytics.

Rather than distance itself from a potentially taboo use of its invention, Kimberly-Clark bought back unused supplies of Co-Tex when the war ended in 1918 and marketed them unequivocally as a menstrual product.

Kotex, as we now know it, leveraged Kimberly-Clark’s credibility as a manufacturer to innovate feminine hygiene as a product category.

Kotex is eponymous with tampons and pads today because of its willingness to sacrifice one prime prospect for another. Rather than cling to its identity as a wound care product, Kotex seized on an opportunity to move into a much less saturated (no pun intended) market.

Brands facing an identity crisis can learn from Kotex’s agility and boldness in responding to a seismic market shift. Even after many years of proven success, goal posts may move at any time. Winning brands are prepared to address the needs of new audiences, even when they are the result of unexpected circumstances.

Officially, Pedialyte is a cocktail of sugar, salt, electrolytes and potassium that has been shown to rehydrate better than water.

Available over the counter since the 1960s, Pedialyte is typically sold in the baby aisle of supermarkets. Up until recent years, its marketing entirely matched its shelf placement – television commercials featured smiling toddlers, and images of teddy bears and blocks were featured prominently in branded content.

Kid-friendly single-serving containers and frozen Pedialyte popsicles joined a line of products that exclusively targeted worried parents. After all, the brand’s name was a direct reference to children – what other market could possibly exist?

In much the same way that the public is divided over the true purpose of a bathroom exhaust fan, a full third of Pedialyte consumers aren’t babies – they’re hungover adults.

Though it’s difficult to say who made this discovery or if it was simply the result of parallel thinking, Pedialyte’s alternate use has been an open secret since at least the mid-aughts.

It took until 2015, however, for Pedialyte to begin to embrace its growing segment of adult end users. Though the brand keeps its distance from consumers who celebrate it as the antidote to a night of hard partying (see: Cardi B), it has taken steps to reposition itself as beneficial to both children and adults in need of hydration.

Rebranding has removed the teddy bears from its label in favor of a clean design that is less insistent on its association with kids and babies. The company launched a line of dissolvable Pedialyte powder packets in 2016, which it distributed to attendees of the Lost Lake Festival in a rare instance of product placement.

The “Not Just for Kids'' campaign wisely bridged the gap between parents and adult consumers of Pedialyte. It acknowledges that dehydration is no respecter of age without alienating its first prime prospect by implying that they are buying their toddlers a hangover tonic.

Pedialyte is a case study in balancing two significant end user archetypes that are fundamentally at odds: concerned parents and drunk college students.

Fortunately, Pedialyte was able to refine a message that resonated with both prongs of its audience without diluting the essence of its brand: hydration is essential. Time will tell if this marketing strategy continues to serve both audiences equally well, or if, like Kotex, Pedialyte will one day take on an entirely new persona.

When your brand is faced with targeting two competing segments, introspection is key. Is there a nugget of truth in your brand you can offer opposing audiences simultaneously, or will you be better served by sacrificing one audience to focus on the other? The answers lie in a close analysis of your end users.


Although end users’ relationship to your brand is kinetic, it is possible to identify and know them through quantitative means. Behavioral segmentation studies and vigilant market research take the guesswork out of who is drawn to your brand, why and by what means.

It’s not enough to hold your data close, however – be prepared to act on it. Whether your new circumstances dictate that you acknowledge a secondary prime prospect in your messaging or focus entirely on your target audience at the expense of others, winning brand strategies are always guided by research.

To learn more about how to stay agile in the wake of new insights, schedule a research consultation. 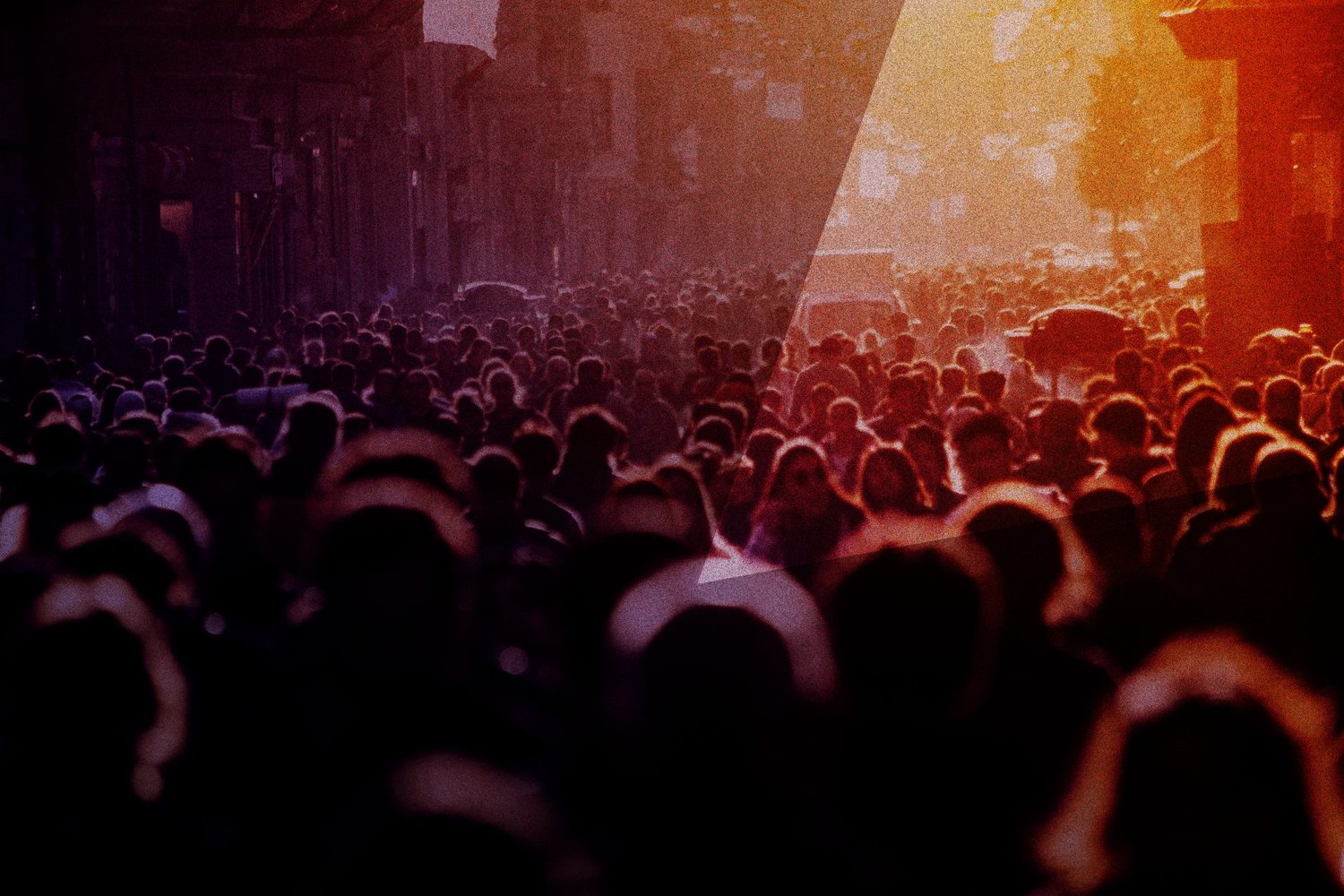 Let us guide you through the confusing consumer research process and show you how to get the biggest bang for your buck.