5 Infamous Branding Mistakes (and What We Can Learn from Them)

Risk-taking is an unavoidable part of building a winning brand. To be a leader in your product category, your messaging must be clear, resonant and distinctive enough to break the boredom barrier.

But how do you get it right?

We’ve all seen an ad that left us wondering “Who approved this garbage?”

Memorable advertising intrigues, delights and sometimes even challenges the audience, but a poorly-informed grab for consumer attention can have dire consequences. Before you set out to shake up the status quo with a new product, advertising campaign or logo redesign, take time to consider some relevant cautionary tales.

Here are a few unforgettable branding lessons that other companies learned the hard way (so you don’t have to).

In an effort to keep pace with the homebrands giant Proctor and Gamble, Colgate (yes, that Colgate) decided to diversify its product offerings. If you think that entailed launching new flavors of dental floss, guess again.

The brand best known for its breath-freshening toothpaste gravely underestimated how difficult it would be to move from America’s bathrooms to its kitchens. As the clear leader in the oral care category, Colgate attempted to cash in on its positive existing relationship with consumers by prominently affixing its logo to packages of frozen lasagna and turkey + gravy.

Colgate realized too late what shoppers found laughably obvious: Colgate is synonymous with toothpaste. The fact that the very mention of the company’s name puts a minty taste in your mouth actually speaks to the tremendous success of its brand strategy outside of the context of Salisbury steak.

I have horrific childhood memories of eating or drinking something after brushing my teeth and receiving a punch in the mouth of nasty flavor. Orange juice was the worst. More on distasteful orange juice memories a little later.

The product line was quickly pulled from shelves and is now widely regarded as a bizarre 80’s fever dream.

The Lesson: The takeaway for modern retail companies is two-fold. First of all, Colgate’s blunder illustrates the importance of understanding your brand through the eyes of your target audience (after all, your brand belongs to them).

Second, this story is a warning for brands who have made acquisitions or inroads into entirely new product categories. Be deliberate in your marketing strategy: capitalize on your brand’s existing rapport with consumers, but not at the expense of brand dilution or confusion.

McDonald’s golden arches are some of the most globally recognized brand iconography to ever exist. The fast-food behemoth has perfected the art of maintaining its essence while tailoring product offerings to regional audiences, but it wasn’t always so self-aware.

The Arch Deluxe premiered in 1996: a beef patty topped with peppered bacon and a gourmet sauce that dared to combine mustard with mayonnaise, all atop a bakery-style roll. Though it cost about 2.5 times as much as a standard hamburger, McDonald’s soon struggled to justify the cost of the ingredients that were completely unique to the high-brow sandwich.

In the end, however, economics played only a small role in the Arch Deluxe’s demise. The main culprit? McSnobbery.

A television commercial for the burger that was intended to showcase the clown’s sophisticated side featured a teenage couple being grossed out by the complex flavors of the Arch Deluxe, before pivoting to blame their disgust on their immaturity.

I vividly remember this ad from my late teens, solely because it was insulting. My takeaway from the ad was to never take a date to McDonalds.

I wasn’t the only one. The ad came across as condescending to kids and adults alike, fatally minimized McDonald’s nostalgic appeal and unwittingly contributed to the perception that Big Macs are best consumed privately and with a modicum of shame. The Arch Deluxe soon quietly disappeared from McDonald’s menu.

The Lesson: Know your audience and the place that your brand holds in their hearts and minds. For retail companies, this can only be meaningfully accomplished through research. Defining your brand by what you aren’t may feel like a bold maneuver, but if your strategy isn’t well informed, you run the risk of alienating (or insulting) your existing audience.

If you were to time travel back to the 90s and announce that Americans were a few years away from a technology that would allow them to record live TV and fast forward through commercials, you would be laughed back into your DeLorean.

On demand programming is standard these days, but in 1999, it was a veritable miracle. TiVo’s DVR service exploded onto the scene, promising to revolutionize the way families enjoyed TV and threatening an entire advertising platform by making commercial breaks obsolete.

What could possibly go wrong?

By the mid 00’s, other companies were getting into the game of recording and pausing live TV. TiVo had managed to become eponymous with DVR technology, coining the slogan “It’s not TiVo unless it’s a TiVo.” The ad campaign was (briefly) a success. In the same way that we tend to refer to all tissues as Kleenex, TiVo enjoyed a few moments as a household verb (e.g. “Don’t forget to TiVo my show!”).

Things fell apart, however, when it came time for TiVo to educate its prospects, defend its space and communicate a clear value proposition.

Although it offered consumers the marvel that was television on demand, TiVo was so enamored with its features and technology that it forgot to explain how it could improve the lives of regular people. Similar services quickly picked up on this gap in TiVo’s messaging and overtook the original DVR provider with marketing campaigns that focused on how DVRs could resolve family disputes over what to watch in the living room.

Consumers who could not relate to the proposition of “creating one’s own TV network” could easily relate to the distress of missing their favorite show’s season finale because they got stuck in traffic.

Competitors who had closer access to the end user, like DIRECTV and cable companies, added DVR to their tech stack and stepped up with more relevant messaging. TiVo quickly faded into obscurity.

The Lesson: First, learn your audience’s pain points, then address them in each touchpoint of your brand strategy. Innovation is tremendously important, but burdening consumers with the task of figuring out how your product can improve their lives is a recipe for failure.

Second, be honest about what you are actually selling. If your brand really offers a technology, but you are trying to sell an experience, you’ll quickly find yourself vulnerable when a company who is better connected to the end user enters the arena.

Unfortunately christened the “greatest example of Silicon Valley stupidity,” Juicero started out with the best of intentions. The $700 Wi-Fi enabled appliance was the flagship of tech mogul Doug Evans’ mission to make cold-pressed juice available in home kitchens.

Modeling itself after the wildly successful Keurig coffee system, Juicero was designed to work only with soft packages of macerated fruits and vegetables also sold by the company. Each juice packet was branded with a QR code, which the machine read before squeezing it between two metal plates to extract the juice. Much ado was made about the squeezing force of the Juicero’s internal mechanism, which was said to be enough to lift two Teslas.

In fact, it could be done more efficiently by hand.

In light of this revelation, Juicero felt the squeeze and reduced the price of its appliance to a modest $400 but held firm in its refusal to sell juice packets to anyone who hadn’t purchased its pointlessly automated hardware. Potential customers who expressed interest in buying and hand-squeezing the surprisingly reasonably priced single-serving packs were turned away.

Juicero hung on briefly thanks to its commercial accounts, but the damage was irreparable. The company went up for sale within the year.

The Lesson: The tragedy of the Juicero lies in its failure to introspect, and to prioritize results over corporate image. The prohibitively expensive, needlessly high-tech appliance was designed to appeal to consumers who closely resembled the Juicero design team in their values, interests and buying habits. Anyone not swept up in the Silicon Valley love affair with automation found the product deeply silly.

Beware of an echo chamber. Put your product or branding materials in front of a diverse focus group that represents your prime prospect, and take feedback thoughtfully. If you attempt to solve consumer problems without taking the time to fully understand them, you risk coming across as elitist and aloof.

Back to the orange juice, and what’s considered one of the biggest blunders in branding history.

If you close your eyes and think of packaged juice, you probably think of Tropicana and the iconic red-striped straw piercing a glistening, perfectly round orange. There are likely few, if any, competing images, unless you happened to have OJ on your grocery list during one fateful month in 2009.

While it’s a good idea for retail brands to periodically refresh their look, subtle changes informed by consumer research are best practice. Unfortunately, Tropicana’s approach to updating its packaging was more like a post-breakup haircut: drastic, worrisome and ill-conceived.

What followed can best be described as a consumer revolt. In the words of Olson Chief Creative Officer Dennis Ryan:

"[Tropicana] went to this very clean but kind of cold-looking logo, and their sales dropped 20% in one month. Some pundits said they weren't recognizable. Tropicana has something like eight feet in the refrigerated section. People recognized it. They didn't trust [the new logo]."

The new packaging divorced Tropicana’s orange juice from the actual fruit, reminding consumers of generic brands. Though the juice within the box was the same as ever, it suddenly felt cheaper, less nutritious and less appealing to consumers.

Further, Tropicana’s designers failed to take into account what it’s like to visit your neighborhood grocery store and physically shop for OJ. The new packaging moved the label that distinguishes each type of juice from the center of the carton to the very top behind the pour spout. Shoppers resented having to lean, squinting, into the cooler, only to discover the next morning that they had accidentally selected the wrong level of pulp.

We ask ourselves, “How did this even get made?” Did the marketing and design team ever step foot in a grocery store?

Widespread distaste for Tropicana’s new design was so clear, it reverted to its original packaging within a few weeks.

The Lesson: Look at your product through the eyes of the consumer. For retail brands, one of the best ways to approach this is by visiting your merchant’s physical store and walking the aisles to understand where your products fit into the array of choices.

Take those insights and invest in qualitative research to ensure you have the best possible understanding of how real people shop your category and what aspects of your messaging carry the most weight.

Though your branding decisions have far-reaching implications and impact every stage of the buyer’s journey, the golden rules are simple: Know your brand. Know your audience. Solve its problem. Communicate your solution effectively.

Learn more about how to build your messaging strategy on a solid foundation of brand insights. 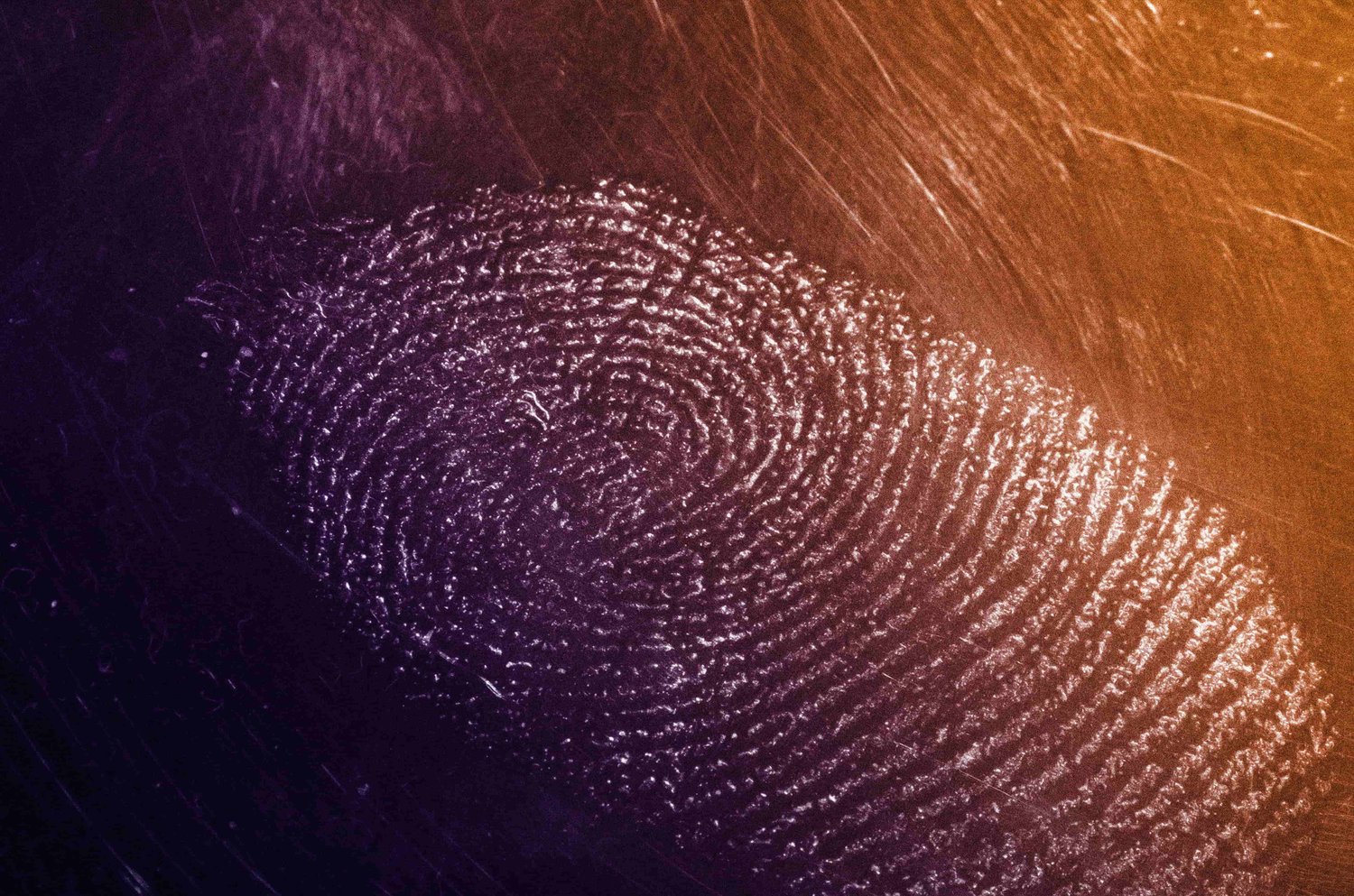