Change is the only constant - in brand strategy as well as the human experience. For retail companies, shifting economics, trends and technologies make success a moving target, even for brands who seem too big to fail. Weathering the storms requires a constant willingness to tune into your target audience and abandon strategies that have stopped working.

Because brand is the end user’s gut feeling about you and your products or services, you’re not in full control. Brand strategy is like a perpetual foxtrot with your customer - whoever is leading the dance can influence the elegant movements. Fail to lead and you get side stepped.

It’s the best case for an agile brand strategy. But that’s another post.

Here are a few of our favorite stories about iconic brands that took a hit, went back to the drawing board and came back stronger than ever.

Affectionately nicknamed PBR in the early 2000s, the antique feel of Pabst Blue Ribbon’s logo is as authentic as the beer itself - very little about it has changed since its creation in 1844.

Until the late 1970s, Pabst Blue Ribbon effortlessly positioned itself as the choice of blue-collar folks with uncomplicated tastes and an appreciation for tradition. This messaging got murky, however, when the brand found itself competing against growing conglomerates like Anheuser-Busch. PBR made attempts to worm its way into the hearts and minds of fashion-forward, upwardly mobile Gen Xers, even enlisting the help of an arrestingly youthful Patrick Swayze.

PBR spent two decades languishing in obscurity before a divisional marketing manager named Neal Stewart seized on an unlikely opportunity. Rumor had it that the floundering brand had a small cult following in the counterculture enclaves of the Pacific Northwest.

In a brilliant example of allowing your prime prospect to dictate your marketing strategy, Stewart studied the ways of the Portland hipster. He determined that the brand’s iconoclastic enthusiasts appreciated the beer’s dated, underdog image. Most importantly, he realized that this demographic was highly skeptical of advertising.

How do you advertise to people who hate advertising? Stewart launched a subtle “un-marketing” campaign that relied heavily on understated product placements. Rather than splashing its logo on banners at high-profile events, Pabst sponsored small community functions and trusted its tribe to do its advertising for it.

In just a few years, the PBR phenomenon expanded to the East Coast, and well beyond.

Bizarrely, the working man’s beer may now have its most devoted fans in China, where it is considered a celebratory drink and retails for $44 a bottle.

2. How Crocs escaped from the kitchen.

There was a time when Crocs were practical shoes for chefs and gardeners. Full stop.

The lightweight foam clogs offer great arch support and water resistance, and can be conveniently hosed down at the end of a long workday. When it came to design, aesthetics took a backseat to ergonomics. Crocs were meant to be worn in the yard or at a physically demanding job - who cares what they look like?

For many years, those who donned Crocs outside of their homes were subjected to the same kind of ridicule as people who wear socks with sandals. When actor Adam Sandler wore a pair of Crocs to a red carpet event in 2005, the nation was briefly united in sympathy for his wife.

Little did we know, thanks to ingenious marketing, the joke would eventually be on us.

In 2020, Crocs seized on pandemic ennui to reinforce the one claim about its footwear that everyone could agree on: the clogs are comfortable. Housebound Millennials and Gen Zers who used to point and laugh at Crocs suddenly saw the value in an affordable, durable pair of shoes they could slide on when it was time to walk the dog or pick up dinner.

Though establishing a broad consumer base willing to overlook the shoes’ design was a triumph in itself, Crocs didn’t stop there. The brand didn’t want to be “more comfortable than ugly”.

It wanted to be iconic.

Rather than change the look of its shoes, Crocs leaned into consumers’ reluctant love. The “Come as you are,” campaign let buyers know it was in on the joke - everyone who now owns a pair of the whimsical shoes probably used to make fun of them.

When LeBron James appeared courtside, sporting a pair of tie-dye Crocs in lieu of his typical warm-up shoes, it was clear that the company had successfully reverse-engineered coolness.

The defiantly ugly clogs have since appeared on the feet of Justin Bieber, Nicki Minaj and Questlove, quickly finding their way into the arsenal of streetwear staples coveted by young shoppers.

Available in a rainbow of colors and patterns that beg to be collected, Crocs made the incredible journey from work shoes to evening wear by altering its image, not its design.

And they didn’t need to sacrifice their chef-or-gardener customer base.

You may struggle to remember very much about Old Spice’s branding before Isaiah Mustafa took center stage as “The Man Your Man Could Smell Like” in 2008. That amnesia is actually a testament to a very well-executed marketing strategy.

Old Spice has been around since 1938. It positioned itself as a symbol of power and masculinity even in its earliest days, but the popular line of cologne and aftershave became fatally enmeshed with its first generation of buyers. When the men who stormed the beaches of Normandy smelling of Old Spice became grandfathers and great-grandfathers, the brand faced a dilemma: 12-34 year olds associated it with old age.

Strategists attempted to revive Old Spice’s sales in the 90s with their 1-800-PROVE-IT campaign, which featured bland, statistic-laden commercials offering to buy back your stick of Old Spice deodorant if you weren’t suitably impressed by its odor prevention technology.

Rather than sink, Old Spice chose to invest in a total rebrand. The “Swagger” campaign was a bold departure from the dowdy image that had weighed it down for decades. Though it retained the brand’s core values of manliness, sex appeal and adventure, it completely repackaged them in a framework of over-the-top and irreverent humor that was an instant success with young male buyers.

Swagger served both ends of the 12-34 age bracket brilliantly. For the youngest buyers, it offered a product line that felt desirably sophisticated and mature, allowing them to graduate from the cloying scent of Axe body spray. For older customers, Swagger made Old Spice relevant, youthful and masculine, while hilariously riffing on stereotypes of manliness.

The quotable commercials completely rebuilt Old Spice’s image, and sales quadrupled in the first year. Thanks to brutally honest introspection and a deep understanding of its target demographic, Old Spice continues to lead the men’s grooming category with a modernized line of shampoo, body wash and beard care products.

In the late aughts, Domino’s was widely considered to be the official pizza of people outside of the delivery radius of better pizza. Stock prices were pitiful, growth was stagnant and the glory days of the heatwave bag had receded into memory.

It’s fair to say that the chain probably wouldn’t be around today if not for the decisive actions of CEO Patrick Doyle when he took the helm in 2010. The new leadership team set out to pull Domino’s back from the brink by addressing its twofold issue: problematic pizza and problematic pizza delivery.

Rather than make the needed changes on the sly and attempt to pass them off as new, exciting deals, the chain’s c-suite took to the internet to compile all of the disparaging things the public had to say about their products. In a campaign dubbed the “Pizza Turnaround,” the world looked on as Domino’s grabbed its ankles and recited a litany of consumer complaints.

With pain behind their eyes, Domino’s representatives acknowledged that customers found their crust rubbery, their sauce ketchup-like and their service lacking. The ads were memorably uncomfortable to watch, and boldly ran the risk of immortalizing the negative comments (which perhaps, in a way, they did). Regardless, Domino’s placed a huge bet on transparency, and the gamble paid off.

Subsequent commercials depicted Domino’s employees tracking down internet naysayers to beg them to taste the new, improved pizza. The strategy read as humble and sincere, affirming the customer’s prerogative to make an impact through their spending. Across the board, people responded well to being candidly asked for a second chance.

The Domino’s Pizza Turnaround offered consumers more than vindication - it outlined a clear plan of action to improve the product as well as the service. Doyle’s team saw Domino’s as equal parts restaurant and tech company, making it an early adopter of online ordering and delivery tracking.

Today, brands that are in the process of navigating PR disasters often look to the Pizza Turnaround as a model for believably owning missteps and reestablishing consumer confidence. The proof is in the pizza: today, Domino’s is now the world’s second-largest pizza chain, delivering in 30 minutes or less in more than 80 countries.

The Target we know today is the only Target that Gen Zers and younger Millennials can remember: aesthetically pleasing, politically progressive and affordably luxurious. Fan accounts on Instagram confirm that for many shoppers, Target is a destination of sorts - a bright spot in a busy mom’s routine that allows her to grab a latte from Starbucks and stroll the aisles while picking up necessities.

The present-day brand is so well-conceived, Target’s history as a big-box discount store of the same ilk as Wal-Mart, K-Mart and Big Lots is almost erased from our national memory.

Before the days of Bullseye’s Roundup and Isaac Mizrahi, Target sold many of the same cheaply manufactured goods as its competitors in a similarly chaotic, harshly lit environment. Target thrived as a peddler of fast fashion and mediocre housewares until the late 90s, when Wal-Mart announced its offer to match any other retailer’s discounts.

The Wal-Mart “price match guarantee” was the swan song of several big-box stores of that era, and it left Target with a choice: duke it out on price with a retailer who refused to be undersold, or offer consumers a meaningfully different alternative.

As we’ve mentioned before, competing on price is a race to the bottom.

Fortunately, Target decided to differentiate itself as “cheap and chic,” investing in merchandising deals with famous designers. Store layouts opened up to include attractive retail displays and a generally more airy, sanitary feel.

In this comparatively glamorous environment, consumers willingly spent more on couture-inspired goods while still feeling like they were getting a bargain. This business model, which allowed shoppers to treat themselves to a trendy pair of sunglasses without blowing their budget, set Target apart as an entirely different kind of store.

The focus on curating an enjoyable in-person shopping experience is critical to Target’s continued success in the ecommerce era. While shoppers have demonstrated that they are eager to avoid personally visiting other megastores to make purchases, stopping by Target remains an enjoyable part of many peoples’ routines.


Whatever life throws at your business, surviving brand challenges comes down to awareness and agility.

When a changing market gives you lemons, the best response may not be expanding into lemonade - the situation may require you to clarify your value proposition, differentiate from the competition or even offer a sincere apology.

Most importantly, be cognizant of your target audience’s needs and attitudes at this moment in time, and look inward to assess how your brand is prepared to respond to those changes.

To learn more about how your target audience relates to your brand, and how to guide that relationship towards success, check out the Brand Fingerprint. 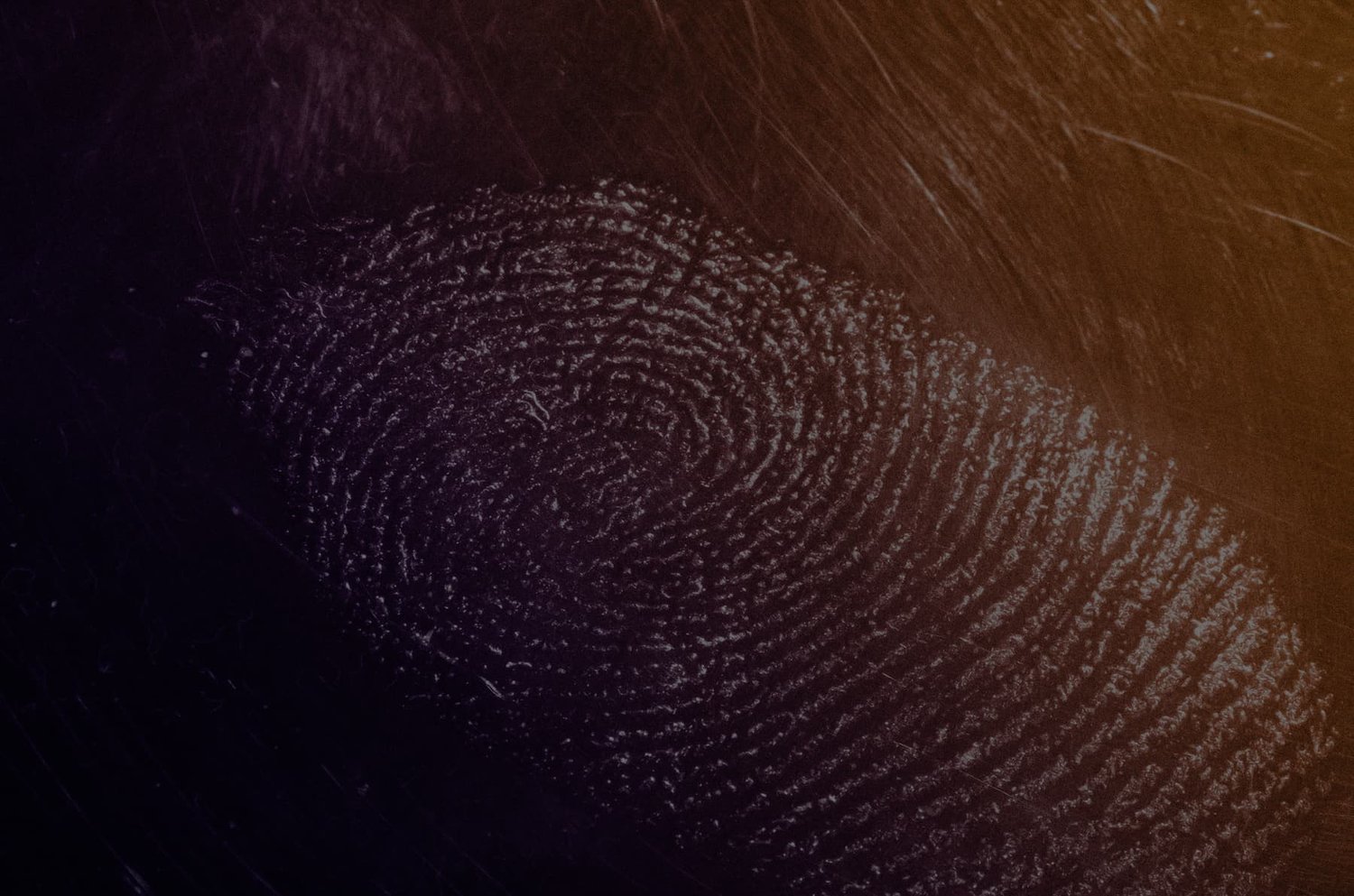